She may still be the fresh, stylish girl you loved on "The Hills" and "The City" but Whitney Port is now the grown up fashion designer behind the Whitney Eve label and her girlish side has given way to more womanly looks for those on the cusp.


On the nails Whitney very specifically requested a soft blue tone to work with her palette when working with manicurist Sunshine Outing. The two collaborated and decided on a youthful, layered look using the full coverage soft blue cream Kristen topped by the popular Maisie from the Zoya Fleck Effect collection. As a special bonus, the front row crowd took home samples of each shade. 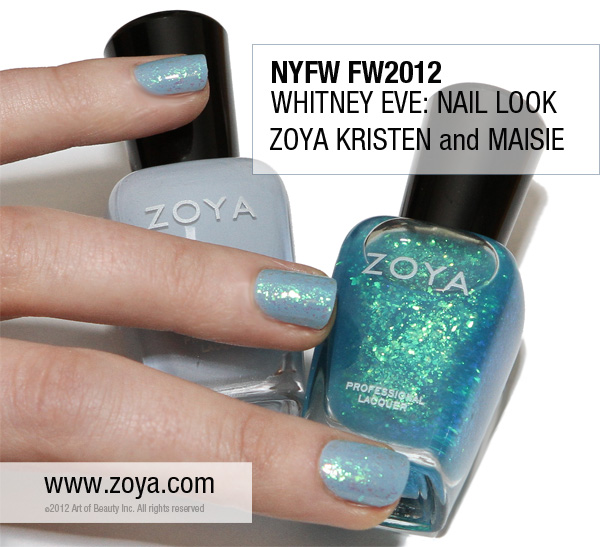 Loving the layered nail look on her models but wanting to be unique for her first runway solo show, Whitney selected Zoya Megan with Zoya Chloe for her big day nail look.

All videos and images were shot by Art of Beauty representatives during the Whitney Eve NYFW Fall Winter Collection Runway Show. Neither the models or Whitney endorse Zoya. Zoya was the official sponsor of the this show. Back to top Back to top
feedbacktell us what you think!